Of the 100 plus tents I have looked at 22 can be bought for less than $100 info_outline. Finding a decent sized tent at this price is a bit of a challenge, it is possible though. Some of the tents below are heavily discounted making them great deals. 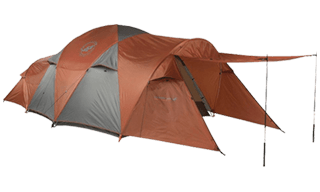 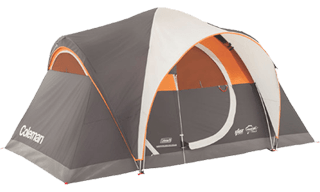 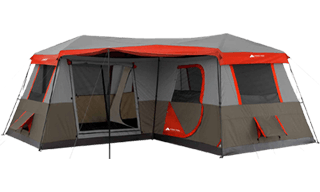 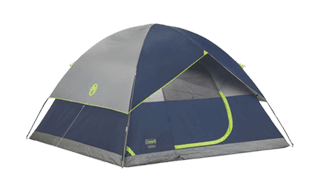 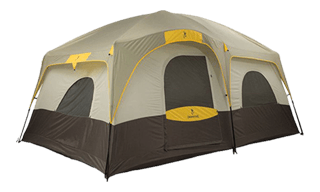 Three of the tents have a very good overall score "much better than the average for all tents" Two of them easily qualify as top rated, they both have lots of reviews, more than 800 in total. Both are the same model and made by Coleman. 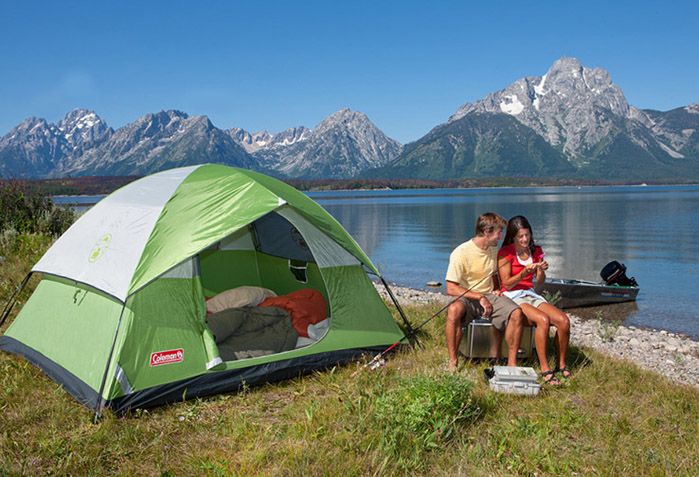 The Sundome 3 is small, real small, forget about standing room this is kneeling room only. Coleman's Sundome 4 offers quite a lot more space and probably deserves consideration for very small families or couples wanting to try camping for the first time without breaking the bank. The 4 person tent is actually $18.73 cheaper,with 28% more space and an extra 7 inches of headroom, makes it very easy to choose the larger one. The Sundome 4 pictured above is currently just $71.26 info_outline

The much larger Sundome 6 which is $158.00 info_outline is worth taking a look at considering it is a lot larger and only a few extra dollars. 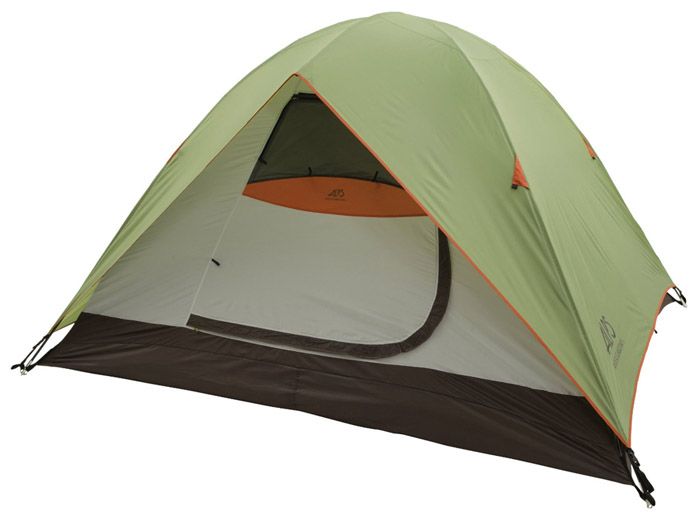 Also worth taking a look at is the Meramac 4 "pictured above" It is quite a lot bigger and costs only $149.99 info_outline at the moment.

Tents with the most value under $100

The tent with the biggest dollar savings is the Sundome 5 reduced $78.73 info_outline from the MSRP of $149.99 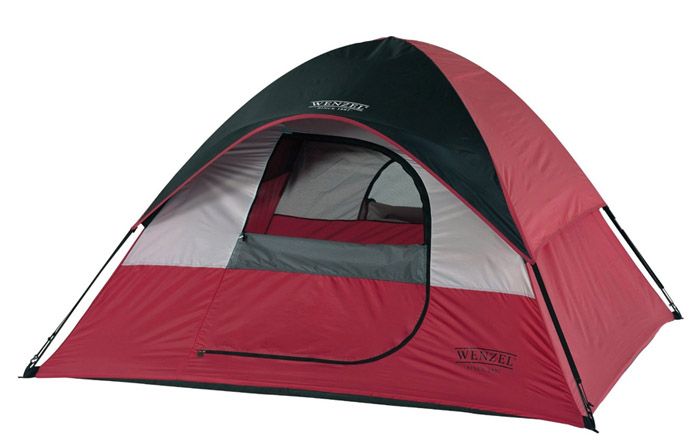 Wenzels Twin Peaks Sport Dome pictured above, made by Mountain Trails looks good even at the MSRP of $69.99 discounted 29% info_outline makes it even better value for money for smaller families, looking for a quality tent with good ratings.

One tents have 6 feet of standing room or more, of these have more than 100 square feet of living space. Largest of them all is the Sundome 5 with 100 square feet along with 6 ft. 00 inches of headroom made by Coleman.

The 8 person Red Canyon, pictured below is huge and represents great value, even when it is priced at a little more than $100 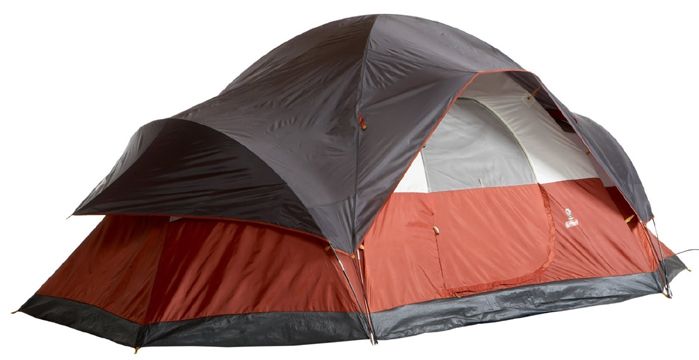 Seven of the twenty-two tents can be purchased for less than $75 info_outline all offer enough space only for the smallest of families.

Coleman makes four of them.

The Twin Peaks Sport Dome has already been mentioned above in the best value section. On sale at $49.95 info_outline It is hard to find anything wrong with this tent, if you are in the market for a smaller tent for whatever reason.

Last of the seven is the Ridgeline made by Wenzel pictured below. It is only $40.00 info_outline It's overall score is well above average, lots of the 200+ reviews get 5 stars. Yes it is a small tent, it does though offer a lot of value just like the other six. 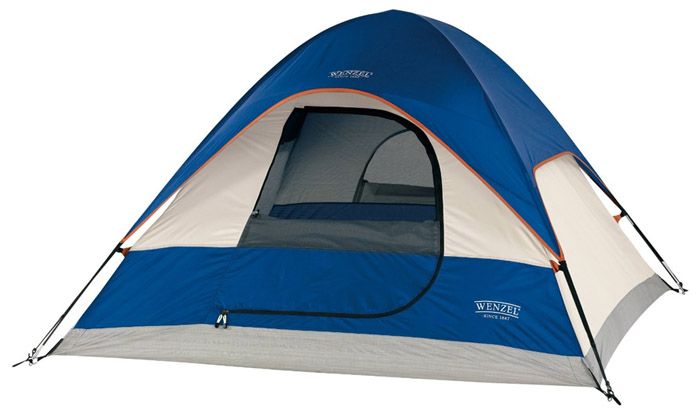 Quite often when one thinks of cheap, the next thought is usually "poor quality" None of the tents above do anything but excel in all areas "except size" Only the Sundome 3 does not make sense, any of the others would make great choices.

Most popular tents below $100

By far the most popular tent is the Sundome 4 with more than one thousand reviews, lots of buyers have given it five stars, the next best selling is the Ridgeline it has more than 200 reviews, both have great overall scores.

Of the twenty-two tents under $100 ten have more than 100 reviews eight of these are made by Coleman three of them are the dependable entry-level Sundome model With two large windows an awning and a quick 15 minute advertised setup time, these small but spacious tents are great for people new to camping not wishing to commit a whole lot of cash. Another is made by Wenzel "it is very affordable" the Ridgeline also has lots of happy owners who rave about it. 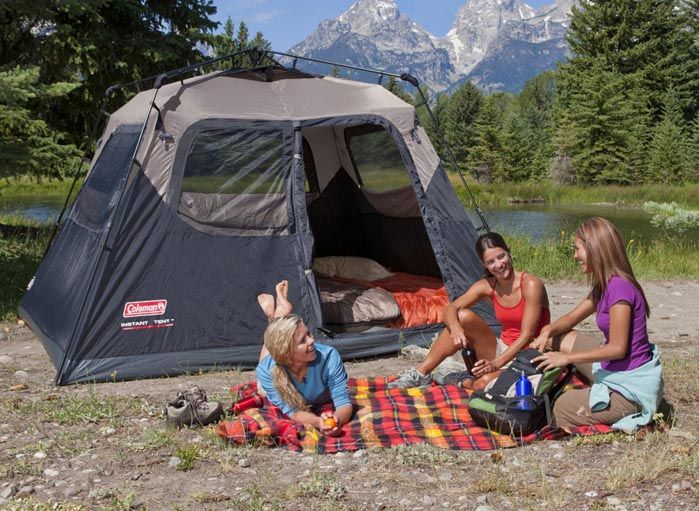 If this is your first time camping and you are not sure how much to spend. Any of the tents mentioned above would make a great choice without breaking the bank.

You can compare all the tents listed above, side by side in an Interactive Comparison Table